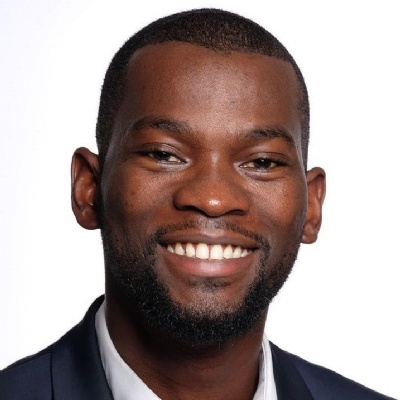 LONDON, 21 September 2021 - This UWC Day 2021, UWC (United World Colleges) International is delighted to announce the appointment of Faith Abiodun as its next Executive Director.

Mr Abiodun brings a wealth of experience to UWC from his time spent as an education and social enterprise leader, international affairs analyst, writer and speaker.

In a career spanning nearly a decade at the African Leadership Academy (ALA), he served as an executive leading the recruitment of thousands of young leaders from all over the world for ALA’s programmes. He also headed the Communications, Marketing, Programme Recruitment and Partnerships departments, helping to build ALA’s global brand and developing strategic partnerships with governments, corporates, foundations, NGOs and schools. Originally from Nigeria, Mr Abiodun has lived and worked for the past few years in South Africa.

“Mr Abiodun's appointment is the result of a global search that interested a diverse group of more than 100 applicants,” said Dr Musimbi Kanyoro, Chair of the UWC International Board. “He was selected for his ability and skills to understand complex issues and structures, and to articulate his knowledge with a clarity that welcomes others into the conversation. He demonstrated a collaborative leadership style, which is crucial for the coordination and ambassadorial requirements of the Executive Director role within the UWC setting.

Mr Abiodun’s educational journey is similar to that of many students who attend UWC schools, and his experience at the African Leadership Academy is similar to that of our teachers, heads of school, student recruitment officers and even fundraisers. He understands UWC's place and importance in today’s world. More to the point, he demonstrated a deep understanding of the UWC movement in all its facets. He is passionate about its mission and he understands the benefits and the challenges of UWC’s growth. I believe that all of this, combined with Mr Abiodun’s strong belief in the value of education for peace, will make him an asset to UWC and to the education movement at large.”

“I am incredibly delighted to join UWC International at such an exciting time in our history,” said Mr Abiodun. “For nearly 60 years, this movement has consistently placed education at the forefront of the cause of developing a peaceful and sustainable future. As the world experiences seismic shifts politically, economically and socially, that mission is even more relevant today. I am eagerly looking forward to working with the UWC International Board and Council, the UWC national committees, the UWC schools and colleges, the students, alumni and volunteers and of course the staff at the UWC International Office, as well as many other exceptional individuals and partners across the world whose passion and energy will continue to sustain this movement as we strive daily in pursuit of our powerful mission.”

Mr Abiodun started his career as a reporter in Nigeria with The Guardian. Today, he regularly provides socio-political commentary for global news outlets such as the BBC and South African Broadcasting Corporation, and he is a contributor to Common Action Forum, a transnational network of intellectuals, academics, politicians and journalists.

In 2009, he founded The Speech Academy, a leading elocution and public speaking institution in Nigeria. In 2013, he led the initiative to establish the ALA Model African Union, where more than 1,500 young leaders from 58 countries have participated in a simulation of the African Union, including several students from Waterford Kamhlaba UWC of Southern Africa. In 2016, he also founded Future Africa, a public sector leadership organisation with a network of emerging leaders spread across more than 30 African countries. Previously, he worked in corporate communications at the Bi-Courtney Group and recently served a stint with the international secretariat of Catalyst 2030, where he developed and managed the inaugural Catalyst 2030 Awards, recognising exceptional models of systems-change philanthropy.

Mr Abiodun is a member of the Board of Trustees for the global education news service News Decoder, and previously served as an International Advisory Board member for Global Youth Innovation Network and as a Global Youth Ambassador for A World at School. He earned a Master’s degree in Public Administration at Syracuse University, New York, where he was a University Senator and President of the Coalition of Multicultural Public Affairs Students. He is also an alumnus of the Learners Voice Executive Education programme at the World Innovation Summit for Education (WISE).

Mr Abiodun will officially join UWC International on 1 December and will be based in London. In order to facilitate a seamless succession, Hannah Tümpel and the Leadership Team at the UWC International Office will continue in their current interim leadership roles until the end of January. Faith Abiodun will assume full responsibility as the new Executive Director on 1 February 2022.